Our resident Yogi, Fateh Kaur Bolivar is also the owner of the Waterfall Villas Welness Retreat, she is a certified KRI Yoga Instructor who has gained transmission directly from Yogi Bhajan at Master Touch Yoga certification training in New Mexico. She studied Master’s Touch under Yogi Bahjan, the Majan Tantric, while he was still in his earth form, in Espaniola, New Mexico at his ashram. Her experience with Kundalini also includes White Tantric Yoga, and the Kundalini Solstices Celebrations. 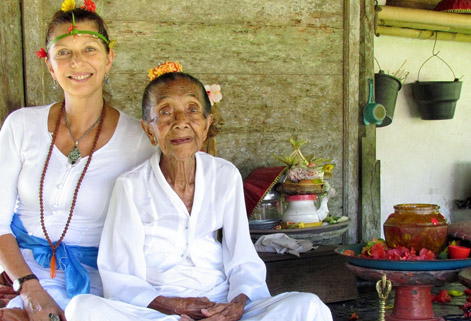 Fateh has been practicing Yoga for over 25 years. She teaches Kundalini Yoga in the style taught by Yogi Bhajan. Fateh has combined her knowledge of the detox process in a healing and nutritional program together with the specific kriya taught by Yogi Bhajan to cleanse the body, remove toxic cellular memory, and even the cleanse the aura of experiential toxins changing the auric and subtle bodies. Now Fateh has over a decade running the detox programs at the Waterfall Villas and she has adopted and revised detoxing methods that really work and give fantastic results. Meditations are often held by the waterfall. This environment can induce a powerful awakening experience naturally. Kundalini Tradition stems from the teachings of Guru Nanak of Northern India and these meditations were brought to the USA mainstream through OSHO and Yogi Bahjan during the 60s. Fateh also teaches other various forms of meditation including healing meditations from her Balinese Shamanic Healer in Bali. Fateh also teaches pranayana – breathwork and various chants that increase oxegen in the body for the detox process to be more effective and also meditations for increasing intuition. 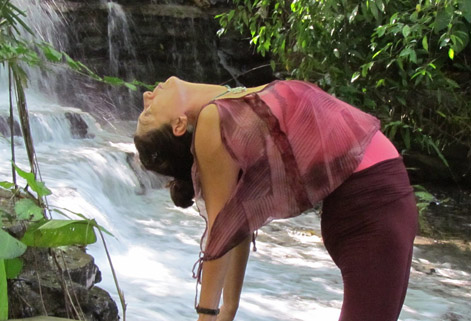 Fateh Kaur Bolivar was born in Southern California, and moved to Hawaii at 16 to pursue a study in Computer Science from which she had a international career as an executive and CEO of her own software company which she sold. During this time she lived mostly in Europe and the Far East and became a Swiss citizen. After an epiphany she decided to change her life style, and after much planning, sold everything and came to Costa Rica with the intention set to save a piece of the rain forest and develop and share the Waterfall Villas – a Wellness Retreat & Spa, for more people to discover the meaning of live, enlightenment and healing on all levels of their existence. 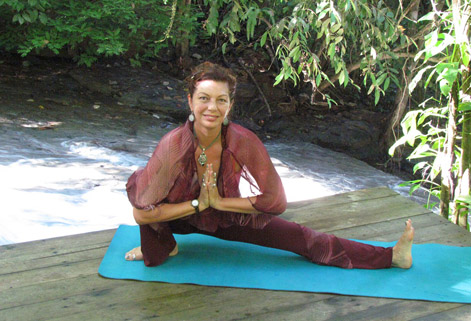 Fateh has been traveling to Bali, Indonesia for over 25 years, and is now ordained by a Balinese High Priest to perform sacred blessing, and energy healing. Bali is the site of Fateh’s pilgrimage, since she was one of the souls who had first brought the Hindu belief system to the island over 600 years ago from the entourage of King Akbar who created the first non-denominational religion in India of which she was a part of in that past life-time. Bali now enjoys a special combination of beliefs: Hindu, Buddhist, and animism (the belief that all forms whether animate and inanimate contain energy spirit). Fateh is connected with the Center for awareness in Bali, where the lineage of the first Buddist pilgrimage was centered also around 1000 years ago. Now the center is owned by a person in the lineage of the Nirarta (the name given to the first teacher of Buddism in Bali). Part of the retreats to Bali include a visit to the Nirarta Center in Sideman. 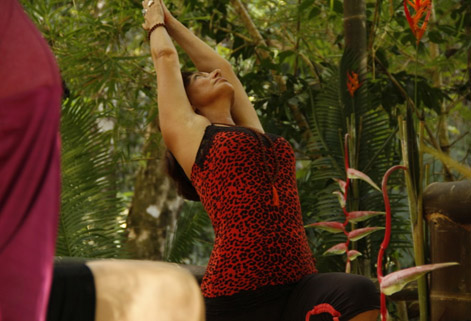 Fateh is a mystic with background in Sufisim, Hinduism, Buddhism, and Shamanic studies. Fateh is a clairvoyant, and a medium through dreams and spirit guides she predicted the 911 attacks as an energy onslaught to the USA, and left the country to Switzerland just in time, arriving just before ground zero, she also knew specifically about the earthquake in Haiti,  Fateh has spent time with the Tai Situpa Rinpoche at Sharbling Monestary, she has gone through an initiation process with the Dali Lama, and has been blessed by the Karmapa (Sikim). 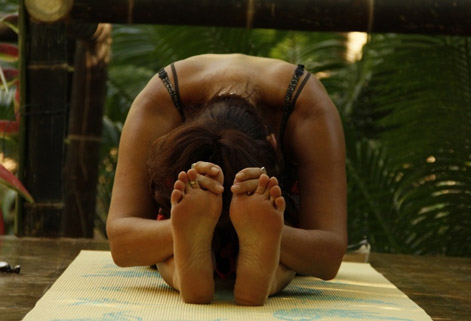 Having visited most sacred sites of the Earth…Fateh has climbed inside the great pyramid tomb at Giza, received a vision at the Isis temple in Aswan, and visited Abu Simbel for the festival of Ramses II at the first light of dawn to see the illumination, touched by the goddess at Dendra, She has had enlighten experiences at the sacred sites of Borabudur, Machu Pichu, Chichanitza, and Konya, Turkey where she also studied Sufism, meditated at the vortexes in Sedona, various temples of India – Fateh pur Sikri in India is her connection to her past life in India, and Bali’s most sacred sanctums. … Versed in past life regression, she is able to interpret dreams, and give intuitive channeled messages as well as divination through Tarot..

Fateh will lead you in your spiritual and healing Journey in Costa Rica and Bali, Morocco, India, Peru and Turkey for your passage into a new and wondrous existence! 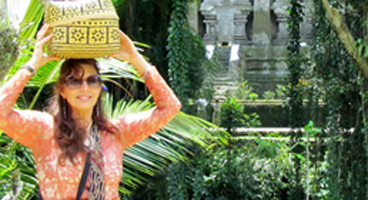 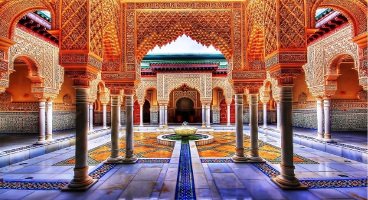 Maya and Fateh have joined again after Bali and India … to lead you on a most incredible Journey to Marrakesh!
We invite you to Morocco to connect with like minded souls, and create magic that will last for your lifetime… 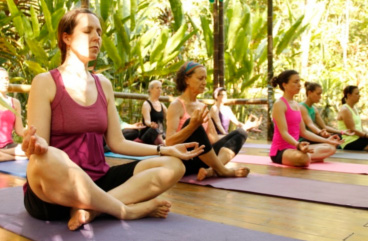 The Green Season is a peaceful time for a Personal Yoga Retreat, hosted by Fateh in the most vibrant time in the rain forest - waterfalls are the most spectacular! 7 night Retreat packages includes daily Yoga, all meals – with a choice of Vegan / Detox, and includes a Nature tour. 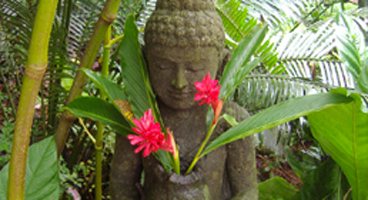 The Green Season from May – October 2022 is when the most tropical fruits and colorful flowers emerge, and the whale migration is on our South Pacific coast! Romantic Super Saver for 3 nights, includes 1 candle lit dinner, and breakfasts! 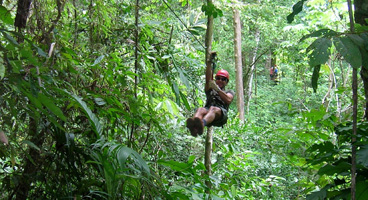 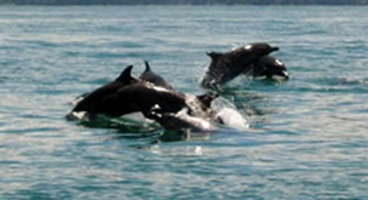 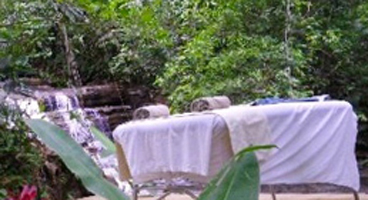 ME Time! Love yourself and Detox, Rejuvenate and Revive with Waterfall Villas Detox Spa Package with Yoga and Massage Therapy. The Diva’s Detox is a 4 night special offered from May – Oct 2022. Personalized wellness program designed to kick start your return to optimal vibrancy. 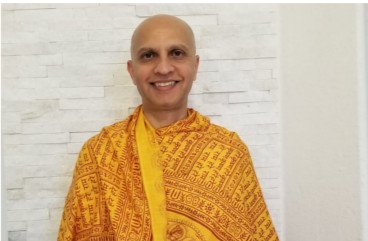 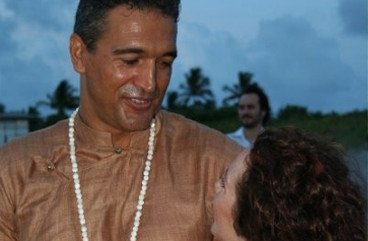 What invitation would you and your partner like to be with each other? Are you living your true potential? What else might be possible that if you knew was possible could create a life and living beyond your current reality?
During these three magical days your journey contributes to restore a deeper connection of true togetherness.
Tools for creating your life, your relationship and even your financial reality will be the greatest contribution you will receive during this one of its kind life and living experience.